The latest installment of our “Ask the Bishop” series has arrived! Bishop Sean discusses making history at the joint convention of the Diocese of Western New York and the Diocese of Northwestern Pennsylvania, his upcoming sabbatical, and preparing to move into the future.

The bishop will be on sabbatical beginning in December until February 23.  While he is away, the diocesan staff is prepared to manage the day to day workings of the diocese and meet your needs. They can be reached by phone at 814.456.4203, or by email at the individual addresses here. 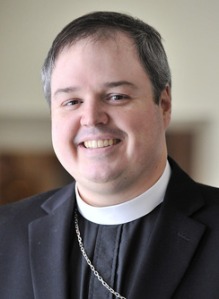 As we approach the season of Advent and look to a new Church year, I want to take this opportunity to share some news with you about our future together with Western New York and a time of sabbatical for me.  As you know, I completed four and a half years as Bishop provisional of the Diocese of Bethlehem in September. I am so grateful for the experience and for the gifts our diocese shared with our brothers and sisters in Eastern Pennsylvania.

Last week, our two dioceses approved an arrangement whereby I will serve as the Bishop provisional of the Diocese of Western New York and remain bishop in this diocese for five years beginning April 5, 2019. This move made history in The Episcopal Church as the first such experiment structured in this way. Leave it to the good people of our region to take a risk in leading the Church.

In preparation for this new season, I will take a time of sabbatical beginning December 3 and ending February 24.  This will be a time of reflection, prayer, discernment, and continuing education. I plan to disconnect from the life of the diocese during this time and appreciate your understanding.

As you are aware, the diocesan administration is in good hands.  The diocesan staff is prepared to address the day to day operations of the diocese and meet your needs.

These past 11 years as your bishop have been a joy-filled privilege. I look forward to the next season with great anticipation.

Warmest regards and prayers for each of you,

This is a reprint from Father Adam’s blog “The Black Giraffe” November 1, 2015

Today is the last day of a three month sabbatical.  During that time, my family and I have had the opportunity to visit a variety of other churches.  We have been to Episcopal churches, other mainline churches, evangelical churches, “mega-“churches, and an African-American church.  Here are some thoughts about those experiences.

1. In general, the quality of preaching is disappointing.  I could easily believe that the decline in church attendance is due solely to bad sermons.  In more than half the churches I visited, the quality of the preaching would have made me think twice about ever returning.  The four sermons not in this category (and yes, there were only four of them) were preached in an Episcopal church, an African-American Church, a mainline church and an evangelical church, so I’m not worried about style, but of substance.  The award for “Best Sermon Delivered To My Family While on Sabbatical” goes to Craig Thompson of East Side Church, Sharon, for his preaching on the paralytic being let down through the roof to see Jesus.  The criterion for the award is that his exegesis and delivery made enough of an impression that my daughter could talk about what he said two-and-a-half months later.
As a sermon listener, I would much rather hear a sermon from someone who has clearly been studying the scripture, trying to live it, and has some good news they desperately want to share with me, even if the sermon has serious flaws, than someone much more polished and sophisticated who thinks I need to hear their wisdom.
2. If the peace allots enough time for you to do more than hug your family and shake hands with the person in the pew behind you, it is too long.  Most churches have coffee hour to catch up with friends.  As a visitor, my experience of a “warm, welcoming peace” is standing there for five minutes, while every 30 seconds someone smiling comes up, shakes my hand, and then goes off to an extended conversation with someone they know better.  At some point, the well-meaning priest comes over, often asking a question and then ignoring the answer while being pulled away by a parishioner.
When an frustratingly long peace is followed by interminable announcements being read out of the bulletin that I have in front of me and have already read, I become so disengaged from whatever sense of worship may previously have been present that I just want to go home.
3. More sophisticated or professional music doesn’t make for better worship, but hearing people’s voices does.  I have been moved during this time by music done with choir and organ, with praise band, with “worship karaoke”, and with a couple of singers and an acoustic guitar.  Some styles and some songs I prefer to others, but all can be powerful.  What I did find that makes a difference, however, is being able to hear other people singing.  Ideally that means the entire congregation around me, but it also means that the instrumentation, whether organ, electronic, or otherwise, doesn’t drown out the choir or the worship leaders.  When worship music stops being primarily about people singing, something central is lost.  The other unexpected musical discovery of sabbatical: reading song lyrics off screens at the front can make it much easier to sing, including easier to sing hymns (although obviously singing in parts requires words and music in my hand). 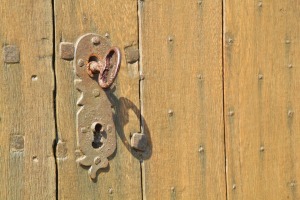 4. Unlock the doors and let people know how to get into the church.  Should I have to write this? No.  Do I?  Apparently.  The first church we visited was a terrible experience that started with the doors.  The doors that could be seen from the street were closed with no outside handle to open them.  The doors closest to the parking lot were all locked.  We only found the way into church because a uniformed security guard (!) came and showed us how to go into an adjacent building, up a flight of stairs, across a breezeway, down a hall, and through a door that had a handmade sign taped to it directing us to the sanctuary.  The kicker was when the rambling sermon described all the work the church was doing to reach out to the community.
5. Church pews can be very uncomfortable (and they don’t need to be).  When I am waiting for the opportunity to kneel down or stand up because sitting any longer has become unbearable (a condition worsened by bad preaching), the pew is a problem.  Everybody in the church doesn’t need their own barcalounger, but the environment doesn’t need to be a barrier either.  One church we visited replaced what were clearly very tight upright pews with more slanted, comfortable pews with much more space between them. (I could tell because the floor still had holes where the old pews were bolted in.  So work to be done, but a good first step.)
6. God is being worshiped by good people in a wide variety of settings.  Some of those settings are rather depressing, as congregations dwindle, but people are still gathering to pray for their needs and the needs of others, to praise God, and to do good work in the community.  All the issues mentioned above notwithstanding, in every place I went, I found a part of the Body of Christ, and the Holy Spirit showed up.
The Rev. Adam Trambley, St. John’s, Sharon, PA

My Tweets
Join our email list
For Email Newsletters you can trust.